just wanted to compile Intersect for the first time. I followed the instructions, but NuGet wont load the Monogame package for me.

When i go to manage NuGet packages for solution i seemingly only see older versions? 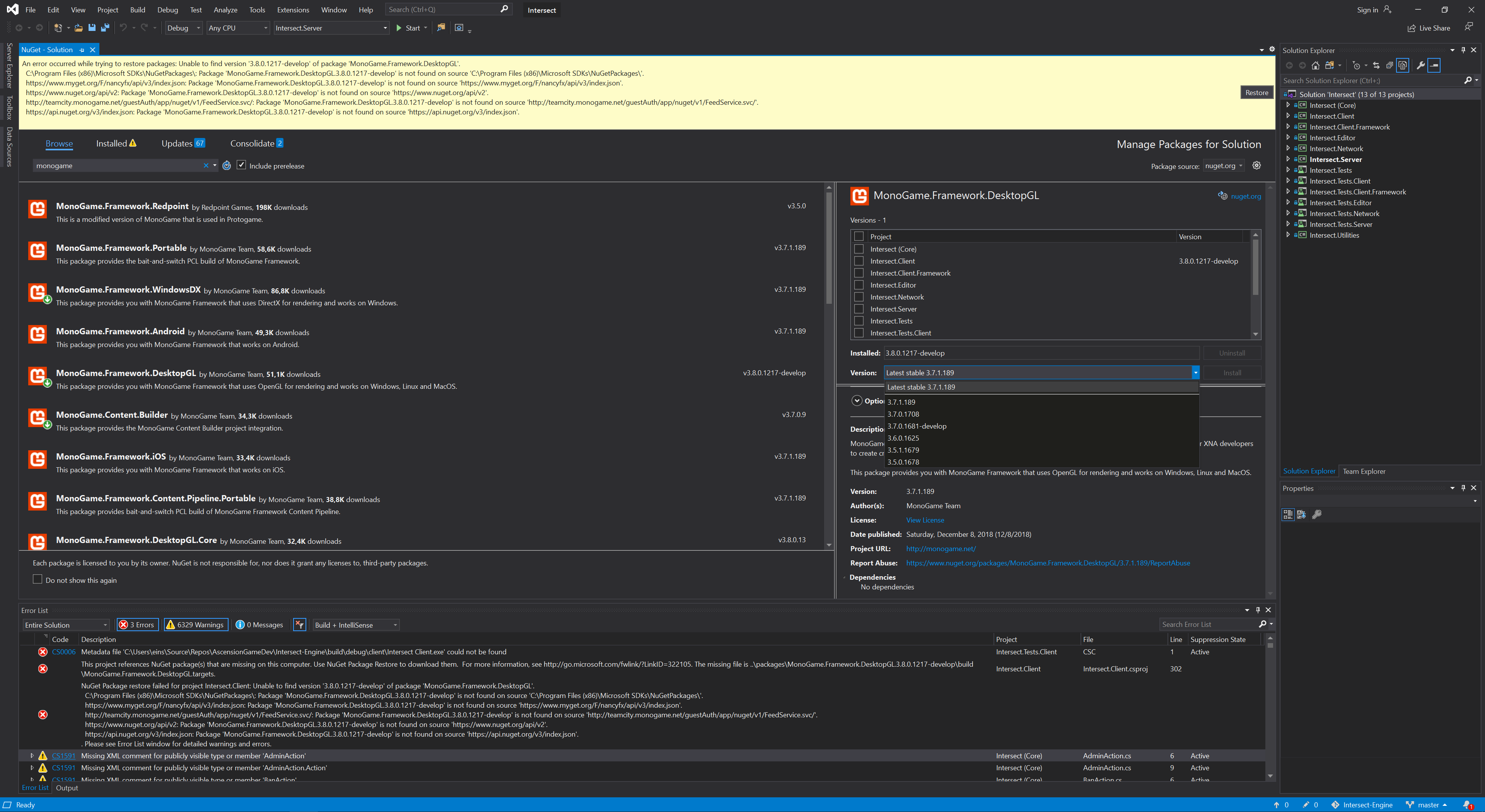 I tried setting Package source to "all" (which showed the newer Monogame versions in the drop down) and then the "restore" in the box on top, but that didnt seem to work as well.

Further investigation shows the file it tries to download is

which has probably somehow gone missing?

There is also nothing here http://teamcity.monogame.net/viewLog.html?buildId=96508&buildTypeId=MonoGame_DevelopWin&tab=artifacts

while the newer version shows the files http://teamcity.monogame.net/viewLog.html?buildId=97601&buildTypeId=MonoGame_DevelopWin&tab=artifacts

I tried removing the packet from the solution and instead added the 3.8.0.1336-develop version, but it seems like the old version is still referenced somewhere?

I manually changed 1217 to 1336 in the Intersect.Client.csproj and at least now it compiles... but fails right after launching the client

7 answers to this question