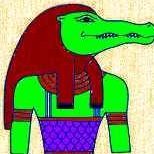 A guide to not quitting development on your game.